The estimated cases of work-related stress, both total and new cases, have remained broadly flat over the past decade.

The industries that reported the highest rates of total cases of work-related stress (three-year average) were human health and social work, education and public administration and defence.

The main work activities attributed by respondents as causing their work-related stress, or making it worse, was work pressure, lack of managerial support and work-related violence and bullying.

Of the three workplace sizes, only the medium size has a statistically significantly lower rate in 2011/12 when compared to the figures in 2003/04.

The average annual working days lost officially certified as due to mental ill health under THOR GP between 2008 and 2010 is 6.2 million.

This represented 57% of the total of all reported days of sickness under THOR.

Whilst the figure recorded under THOR is lower than the estimates provided by the LFS it represents only the official diagnosis by those medical practitioners involved in the THOR scheme.

The GP reporting network (THOR) which collects information on work related diseases from general practitioners across GB ask patients diagnosed with work-related stress to identify the precipitating event that led them to that position.

This scheme identified the three principle reasons for patients presenting with work related stress as:
Work-related stress caused workers in Great Britain to lose 10.4 million working days in 2011/12 based on the LFS data.
Male workers accounted for an estimated 4.6 million days off work whilst female workers accounted for an estimated 5.8 million.

This represents a decrease in annual working days lost since 2001/02, when it was 12.9 million days in total. On average, each person suffering from this condition took 24 days off work. This is one of the highest average days lost per case figure amongst the recognised health complaints covered in the LFS (see: www.hse.gov.uk/statistics/lfs/swit1.xls).

The LFS estimated that the main work activities causing work-related stress, or making it worse (averaged over 2009/10-2011/12) were; 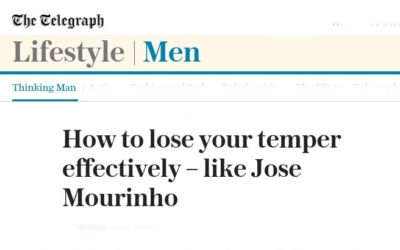 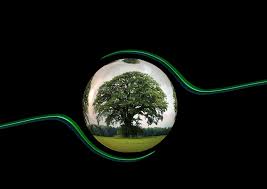 You may find in life that some individuals are more guarded than others. For example they may talk freely about some topics and constrict the information they are giving you in other areas. Some people may just shut down completely. This is because they feel naturally inclined to protect themselves in certain situations. You may know someone like this or you may well be this person. If you are this person it is important not to bottle up your emotions. Suppressed anger is not healthy neither is suppressing your frustrations as this will lead to resentment towards the person who has hurt us. We often assume that other people should know what it is that they have done wrong. However, they are not mind readers so it is down to you to make them aware of your feelings, as often they do not even realise that they have hurt you. So the way that you express your anger is important. Some people are inherently uncomfortable with other people expressing their anger. This is down to their own personal experience. The same way you expressing your anger is down to yours. However, just as our experiences vary, how we express our anger varies as well. This is when it is time to communicate, let those close to you know how you are feeling and what actions occurred in order for you to feel that way.  Sometimes our own selfish needs may cloud our judgement but it is important to share even if you are embarrassed about how you are feeling. Remember it is never a bad thing to... 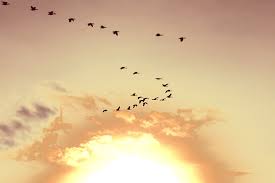 No Need For Closure

Sometimes you do not get closure. You do not get an explanation or an apology. To find peace within yourself you will need to accept an apology that was never given. This is because by holding onto the anger that you feel over this injustice will wear you down. This goes for previous relationships, friendships or the playground bully. You want to be able to explain to the person who wronged you how you feel and show them the consequences of their actions. You want to feel in the right. You want them to be able to recognize what they did wrong. You want them to explain to you why they chose to do or act in the way that they did, you want an admission of guilt. And ultimately you want a resolution. But sometimes the only resolution is for you to walk away and let this intoxicating person go. Each of these previous examples will have hurt you in different ways, but the way we process and deal with our emotions in given situations are often the same. You may find yourself stuck in a reoccurring pattern, forever trapped in the same cycle; this may be because of the way you have chosen to deal or not deal with the emotional trauma and turmoil that you have experienced. You yourself may have brushed off the hurt from a failed relationship, broken friendship or the humiliation caused by your arch nemesis from your school days but you probably have not forgotten it. This may go a long way to explaining that smarting feeling you get when...

If you are in need of help for your anger, get in touch!

If you are in need of some help for your anger call us on 0345 1300 286 or send us a message using our contact page. If you find that your anger is costing you too much in terms of your family, career and health, then perhaps it’s time you examine it by booking onto one of our programmes.