Britain is Getting Angrier 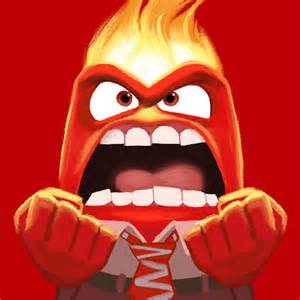 80% of people believe Britain is becoming angrier and this anger is spilling out into our professional lives, our daily commute and even our most intimate relationships. 45% of staff regularly lose their temper at work. This could be because of a demanding workload and increasing stress levels or it could be due to the fact that 53% of people have been the victims of bullying at work. Both bullying and increased stress levels have a detrimental effect on anger and the (usually unhealthy) way it is expressed.

Not surprisingly Britain is the top road rage country within the European Union with 80.4% of drivers claiming to have been involved in road rage incidents; another 1 in 4 drivers admit to committing an act of road rage. There was an astonishing 400% increase in air rage between 1997 and 2000.

It is shocking that we seem to be ok or more comfortable communicating our hurt and anger in every way but face to face. 65% of people are likely to express anger over the phone compared with 26% in writing and 9% face to face. As anger is a front for our hurt, and as we feel the most pain if hurt by our loved ones, then surely we, as a nation, should be able to express to our loved ones how we feel. If you can’t be vulnerable with the people you love the most, who can you be vulnerable with?

Even in our leisure time we seem to be angry; Britons spend 407 hours shopping per person per year and over half of us have admitted to having stormed out of a shop due to bad service and frustration.

Five years ago, the British Association of Anger Management was getting an average of 250 hits a month, our sites today have seen over 570 hits per day. The number of angry people seeking help from us has more than doubled. It is a good thing that more people are seeking help, but disappointingly it does mean that an increased number of people are suffering at the hands of their own anger. So something has to change and soon.

The first step is realising that you have a problem. The second is finding ways to manage your anger and expressing it in a healthy way. Once you have some management guidelines in place and you know what triggers your anger, it is easier to control and manage. By introducing BAAM’s methods to your daily routine, it is a step toward decreasing the anger of ourselves, our families and our nation.